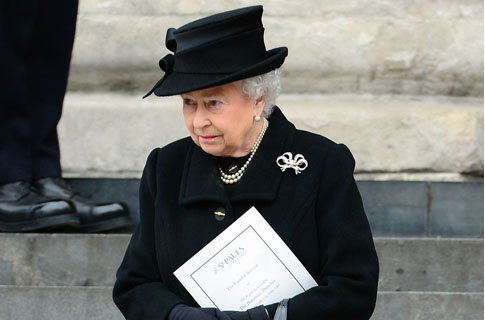 A swan owned by the Queen has been found butchered, burnt and stripped of its flesh on a river bank near Windsor Castle.

The dead bird was discovered by animal charity Swan Lifeline. The creature’s body is thought to have been barbecued and eaten in a “sickening” attack.

“It was just a carcass, it was all burnt. We could see that whoever did this had taken the breast out,” said Wendy Hermon of Swan Lifeline.

“It was done neatly, presumably to get at the meat. They had skinned it as well and possibly barbecued it there, on a disposable barbecue.

“We have no idea how it was killed, it could have been shot or beaten.

“I felt sick when I saw it. How can someone do that and leave it where they did? I would have been devastated if I had been walking along there with my little boy and he had seen that.

“It just sickens me that there are people out there that do things like that.”

The swan is thought to have been killed on Saturday evening (17.08.13), and police are now investigating.

“The swan had been killed and burnt.”

All wild mute swans in Britain are considered to be owned by the Crown. It is an offence to kill one.