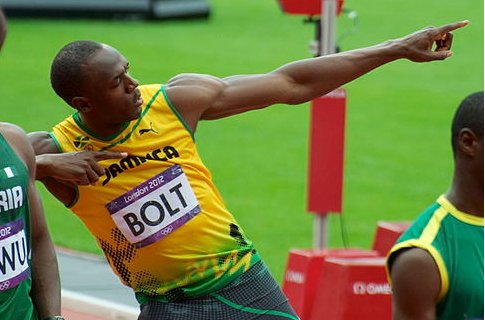 One year since the 2012 London Games and all eyes are once again on the Olympic – now Queen Elizabeth – Park, where a weekend of athletic and musical commemoration begins today (26.07.13).

Fastest man on the planet Usain Bolt is in town for the Sainsbury’s Anniversary Games, joining the likes of British gold medalists Mo Farah and Jessica Ennis-Hill and thirty other medalists, plus, in the crowd, London Mayor Boris Johnson, who is in no doubt about the positive Olympic after-effect.

“It is very largely, or at least partially, as a result of the Olympics and Paralympics that we are seeing a surge of confidence and optimism in investment in London,” said the Mayor.

“Schemes that have been blocked for decades are now going ahead: Battersea, Croydon, Royal Albert Dock.”

Johnson said that plans were advanced for an indoor ski-slope adjoining the Westfield shopping centre next to the Queen Elizabeth Park as well as branches of University College London and a major, as yet unnamed, London museum.

Before all that, alongside the athletics reunion, there’s the Open East Festival, billed as a mix of “food, theatre, sport, music and family fun”. Among the acts on show are Viv Albertine, The Waterboys and legendary DJ Don Letts and there’s a replica of Stonehenge in the form of a bouncy castle, created by Turner Prize-winning artist Jeremy Deller.