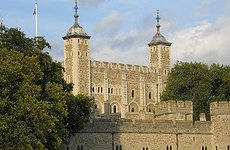 CANNABIS plants, young women tourists staying overnight and illegal gambling were all features of life at the Tower of London, according to its former Governor, Major General Keith Cima.

At a tribunal today, Cima, 60, is claiming unfair dismissal from the post, saying he was hounded out in December 2010 for trying to stop some of the rum goings-on in the Tower.

His bosses – Historic Royal Palaces – say that Cima’s management style and a breakdown in trust caused his removal from the prestigious post at one of London’s most famous tourist sites.

In a statement released before the tribunal, Cima said that “within weeks” of becoming Governor in 2006:

“three whistleblowers alleged financial impropriety around the Tower Social Club, illegal raffles, unauthorised access to the Crown Jewels, unauthorised receptions in the Crypt of the Chapel Royal, cannabis growing, sub-letting of accommodation to young female tourists, and that this had been going on for a long time.

“I regarded these Spanish practices as completely unacceptable.”

Cima thinks he was forced out in the afterwash of the case of the Tower’s first female Yeoman Warder, who claimed to have been bullied by other Beefeaters and was supported by Cima.

“I believe that I was unfairly dismissed and the reason and catalyst for this was that I had stood up against bullies, something I have done all my life in the Army,” he said.

One of the Beefeaters accused of the bullying later won a wrongful dismissal case payout of £60,000.

London Olympics: Hundreds of Thousands of Extra Tickets to Go on...