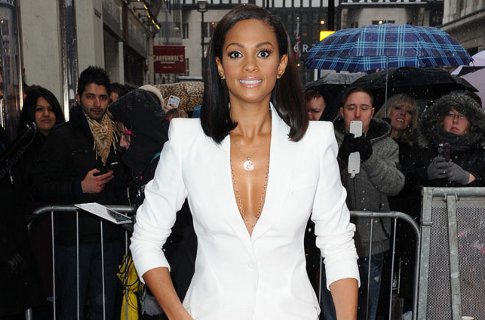 A new version of the cult programme is expected to return to ITV late next year, with a pilot episode heavily based on the family favourite game show being filmed next month.

A source told The Sun newspaper: “The format will essentially be about young people taking on older ones.

“It’s very early days for the show as the pilot is yet to be filmed then, if we like the finished product, we’ll film a series that can go out late in 2014.”

‘The Generation Game’ was hosted by TV legend Sir Bruce Forsyth and saw two family members pair up to compete against other families.

The new show, provisionally dubbed ‘Amazing Greys’, will have a celebrity twist by pairing an older star with a younger partner.

Alesha Dixon and Paddy McGuinness are rumoured to be hot favourites with producers to host the new programme, after impressing with their double act on ‘Your Face Sounds Familiar’.

Another insider said: “ITV has lots of hosting talent from Alesha and Paddy to Davina McCall.

“It will be a big job if it’s anywhere near as successful as ‘The Generation Game’.”

This comes after original host Bruce revealed he wouldn’t want to front a revival of the show, branding it “dated” and joking it was too much work.

London Office Rents are Most Expensive in the World