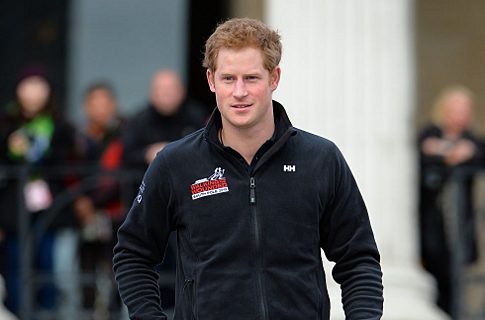 Britain’s Prince Harry has been backed to propose to Cressida Bonas at Christmas.

Eager betting fanatics have tipped the 29-year-old royal as the odds-on favourite to pop the question over the festive period and he leads the betting with 2/1, coming ahead of ‘I’m a Celebrity… Get Me Out of Here!’ star Joey Essex.

Coral Bookmakers spokeswoman Nicola McGready said: “It looks like Cressida will be getting a very special Christmas present this year, as punters have been rushing to bet on Prince Harry popping the question.”

Cressida, 24, recently sparked speculation of a proposal when she gave up her aspiring career plans as a dancer as the occupation was deemed unsuitable for a potential royal.

The blonde beauty has since taken a job at a London firm and is looking to settle down with her flame-haired beau.

A source previously said: “Cressida is working as a PA in a West End office for the time being.

“She doesn’t want to do anything that will embarrass Prince Harry. I think she felt uncomfortable about photographs being seen of her dancing earlier this year.”

Get Your Hands Dirty at Open Farm Sunday

London Olympics: Athletes and Officials to be Powered by BMWs