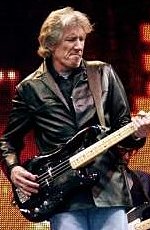 PINK FLOYD’S music extravaganza, The Wall, is to be showcased at Wembley stadium next year, in a ‘more thrilling’ version than before, thanks to new stage-shifting technology.

“It’s going to be a lot of fun for all of us. I’ve reworked the show to play outdoors in large stadiums. It’s really good. Even more moving, engaging, dramatic and thrilling than the Arena shows.

“I’ve had to rethink the whole thing about stadiums.

“This wide wall stadium show couldn’t have been done 40 years ago. We couldn’t have filled the space in a way that would have been emotionally, musically and theatrically satisfying. Technology has changed. Now we can.”

The stadium version of The Wall is based on the band’s best-selling 1979 album of the same name and is one of the most successful tours in rock history, playing 192 shows around the world to over 3.3 million fans. The new up-scaled event will feature a full band and up-to-the-minute technology.

Tickets go on sale at 9am on Wednesday 21 November and will be available via LondonNet.