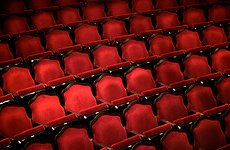 LONDON is to get a new theatre in September. Called the St James, the new venue is on the site of the old Westminster theatre, on Palace Street, in the Victoria area.

Billed as the “first newly built theatre in central London for 30 years”, the St James is to have two performance spaces: one a 312-seat auditorium, the other a 150 capacity studio. The first is to concentrate on short-run plays, while the second hosts comedy and music.

“The way to think of us is like an Off-Broadway theatre,” artistic director David Gilmore told The Stage.

“A show could come to us for an awful lot less than putting it on Shaftesbury Avenue. If it’s an absolute sell out, you can pick it up and move it, and if six or eight weeks has just about exhausted its audience, then fine.”

To complement the theatres, the St James is to come complete with a restaurant and bar and its own TV facility from which it will broadcast shows via satellite.

News on the first programme of shows at the St James will be available in the next few months and building work is due to finish by June.

From 1835 to 1957, there was another London theatre called the St James, once managed by Lawrence Olivier and Vivien Leigh, but that was in the actual area of St James nearby.

The old Westminster theatre burned down in 2002 after a 70 year stint and much of the last ten years has seen various proposals for a replacement come and go, until planning permission was given for the St James in 2009.

Matt Lucas Pulls Out of Prick Up Your Ears