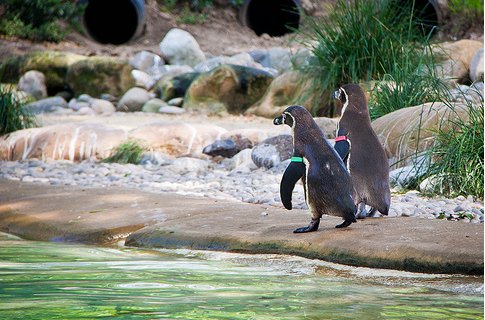 THE ANIMALS might have gone two by two into Noah’s Ark, but keepers at London Zoo will have to count every creature individually today as the annual census starts.

Among the additions to this year’s census are a black and white colobus monkey and a rare white-naped mangabey, both born at London Zoo.

The rough count of the animal population at the zoo stands at 17,500, but that’s not good enough to get a zoo licence so, every year, the Regent’s Park attraction has to tot up the numbers.

To be fair, the laborious count is not just a bureaucrat’s idea of a joke. Precise numbers are needed by the International Species Information System, which overseas zoo breeding programmes to help save endangered species.

One species under threat is the Sumatran tiger, two of which are set to move to London Zoo when the new £3.6 million Tiger Territory enclosure opens this Spring.

‘Bigger and Better’ Simcha on the Square for Sunday