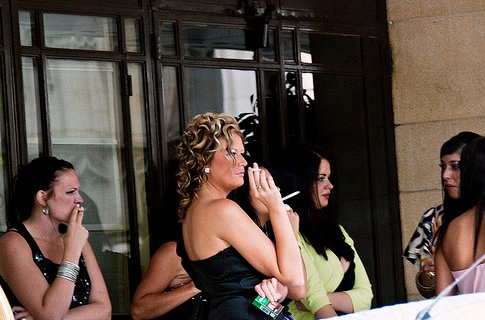 LONDON smokers are being targeted by cash-strapped councils, which have massively increased the number of fines levied for dropping cigarette butts on the street.

In two London boroughs – Enfield and Hillingdon – over 94% of fines for littering in 2012 were for dropping cigarette butts.

“Wardens simply find a group of smokers at a bus stop and watch until someone drops a cigarette.

“Perversely, when butts become such a lucrative source of revenue, councils lose interest in persuading people not to drop them in the first place.

“Few councils provide cigarette disposal bins, and smokers believe they shouldn’t put their butt in an ordinary bin because it would risk fire.”

Enfield and Hillingdon are among the clients of XFor, a private company that supplies “experienced enforcement officers to councils across England and Wales,” as the firm’s website puts it.

XFor is usually paid £45 for each littering ticket issued, a clear incentive to adopt the butt-chasing approach highlighted by Appleton, who makes her case against milking litter fines on BBC One’s Inside Out programme tonight, from 7.30pm.

“The only people affected by our presence are individuals that leave litter,” a spokesperson for XFor told the BBC.

Guy Fawkes Tried to Blow Up the London Eye

London Has Dirtiest and Cleanest Streets in Britain