MENUMENU
Home London News London Dungeon to Move to the South Bank with Brian Blessed as... 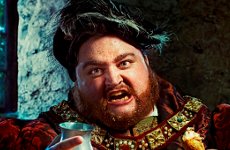 LONDON DUNGEON is to move to a new £20 million lair beneath the old County Hall on the South Bank, from its current home near London Bridge, and is to feature Brian Blessed as Henry VIIIth.

The move takes place next March and the new site will allow London Dungeon to “take things to a whole new level,” according to Ben Sweet, London Dungeon General Manager.

“We’re transforming the cavernous depths of County Hall into a vast stage on which we will dramatically recreate some of the most momentous happenings in the capital’s dark past,” said Sweet.

The new venue will keep hold of the old place’s popular themes – the plague, Jack the Ripper, Sweeney Todd and so on – but will introduce “new shows and rides” that Sweet promises will be “more dramatic than ever”.

“We’re not just moving address, we’re creating something new and dynamic that’s scream-out-loud scary and laugh-out-loud funny at the same time,” he added.

Among the new attractions is a section on wife-murderer Henry VIIIth, played virtually by thespian legend Brian Blessed, who will send visitors on a boat ride to their ‘execution’.

The new London Dungeon opens on 1 March 2013, while the current venue, on Tooley St, closes on 31 January.