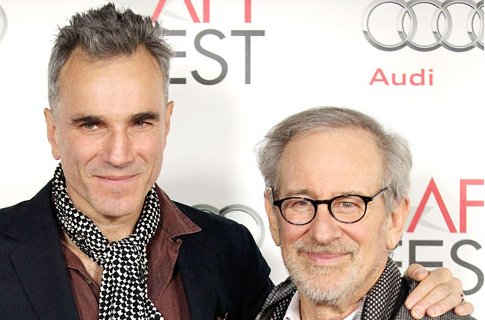 Lincoln’ leads the way at this year’s BAFTAs with nominations in 10 categories, including Best Film and Best Leading Actor for Daniel Day-Lewis’ portrayal of the pioneering late US President.

Steven Spielberg’s biopic about the late US President Abraham Lincoln received the staggering amount of nods when the 2013 awards nominees were unveiled by Starter For Ten actress Alice Eve and Warhorse star Jeremy Irvine at the British Academy of Film and Television Arts Piccadilly headquarters in London this morning (09.01.13).

Among its many nods, Lincoln is up for the prestigious Best Film title, while Daniel Day-Lewis is in the running for the Leading Actor prize for his portrayal of the president who abolished slavery and led the country through the American Civil War.

Day-Lewis receives competition in the Leading Actor category from Ben Affleck in Argo, Bradley Cooper in Silver Linings Playbook, Hugh Jackman in Les Miserables and Joaquin Pheonix in The Master.

Dame Helen Mirren is up for the Leading Actress award for her performance in Hitchcock, and is being hotly tipped to beat her rivals Jessica Chastain in Zero Dark Thirty, Marion Cotillard in Rust and Bone, Jennifer Lawrence in Silver Linings Playbook and Emmanuel Riva for her role in Amour.

Les Miserables and Ang Lee’s visually stunning Life of Pi are also in the running for the Best Film gong – along with Argo and Zero Dark Thirty – and are just behind Lincoln having received nine nominations each.

The ceremony is to be held on 10 February 10 at the Royal Opera House, hosted by Stephen Fry and broadcast on BBC One.