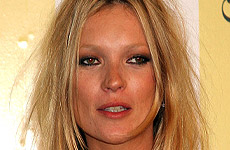 KATE MOSS’ social life is to inspire a new movie.

The team behind Superbad and Forgetting Sarah Marshall are reportedly keen to make a film about the antics of the supermodel and her close friends, known as the Primrose Hill set – which includes Kate, Rhys Ifans, actress Sadie Frost and her ex-husband Jude Law, Sienna Miller, Jonny Lee Miller and Davinia Taylor.

A source revealed: “Primrose Hill is one of the focal points of London’s showbiz scene and these guys from Hollywood are now interested in making a movie about the place.

“They worked with Russell Brand on Forgetting Sarah Marshall so have heard all about his weird and wonderful experiences in Primrose Hill.

“The area is full of celebrities but also lots of unemployed musicians and they like the idea that everyone looks and acts like they are famous, even if they are not.”

Members of the Primrose Hill set – who got their name from the trendy suburb of North London where they live – shot to fame in the mid-90s, with many members, including Sadie and Jude, and Rhys and Sienna going on to have relationships with one another.

Four members, Sadie, Jude, Jonny and Sean Pertwee set up their own production company, Natural Nylon, but it folded in 2003 after seven years.

Passion of Christ Comes to Trafalgar Square this Easter