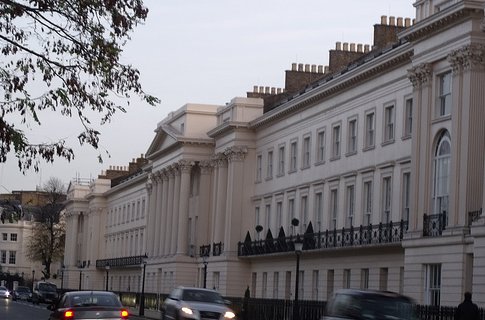 PROPERTY dealers have been caught on video advising a client how to avoid over a million pounds in tax for a deal on one of London’s most expensive streets.

The video was commissioned by the Ministry of Sound, who are in dispute with the same property company, Oakmayne, over its plans to build a block of flats near the famous nightclub that the Ministry says will force force its closure.

“Most of our purchasers who have gone SPV, they’ve had, usually, a company in the Isle of Man and it worked,” says Dean.

“But you can have it anywhere – Jersey, Monaco, wherever they have it, you can do it through the Isle of Man, we’ve got all the accountants there, and solicitors.”

Because the property on exclusive Cornwall Terrace, Regent’s Park, was so pricey – it was on the market for £27 million at the time of the undercover sting in March – the potential saving in terms of stamp duty was a handy £1.35 million.

Chancellor George Osborne has since brought in rules to stop the kind of stamp duty avoidance uncovered by the Ministry and published in the Guardian. A similar purchase today would attract a stamp duty of 15% or £4.05 million.