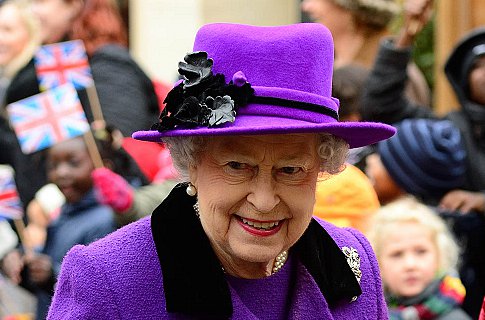 A Fathers4Justice campaigner who sprayed the word ‘help’ with purple paint on a portrait of Queen Elizabeth has been sentenced to six months’ imprisonment.

Tim Haries, 42, sprayed the word ‘help’ with purple paint – which is the colour adopted by the campaign group – on an image of the monarch worth £160,000, while it hung in Westminster Abbey on June 13.

He denied the charge of causing criminal damage of more than £5,000 but last month he was granted conditional bail and ordered to return to Southwark Crown Court for sentencing on February 5.

Recorder of Westminster Judge Alistair McCreath told him: “This was a deliberate and planned causing of damage to a valuable item of property on public display, carried out as a publicity exercise.”

The father-of-two, who decided to represent himself, said the act was a protest against the “social catastrophe” of fathers not being allowed access to their children.

Haries previously explained: “The pain of losing my children has been like a living bereavement for me.

“I believe that contact denial is a hate crime and an abuse of children’s fundamental rights.”

In a statement he released through Fathers4Justice he had insisted “children’s lives are worth more than any painting”.

He explained: “Whilst I disagree with the verdict reached by the jury, I take full responsibility for my actions.

“I would not hesitate to petition the Queen again by peaceful protest on behalf of my children and the millions of children separated from their fathers by the British Government.

“Every Family Court judge who separates fathers from their children does so with the authority of the Queen.”