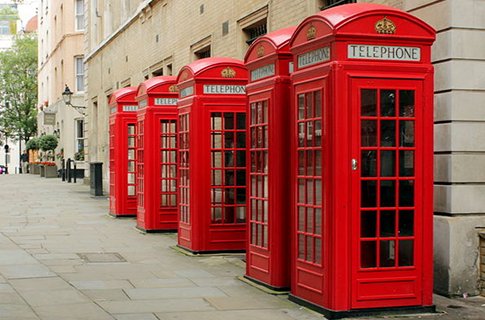 EE, once known as either Orange or T-Mobile, is the best mobile phone company in London, according to a new report from testing company RootMetrics.

Three came second in the tests, which covered performance on mobile internet, phone calls and texts, with O2 third and Vodaphone trailing in fourth.

“We measured performance both indoors and outdoors, across all hours of the day and night, with tests based on how people use their smartphones most frequently,” reads a statement on the RootMetrics website.

Thanks partly to its 4G network, EE’s mobile internet speed in London was the second fastest RootMetrics had ever seen in the UK.

EE were the stars of the show, but all four companies were winners as they have all posted improvements since the last set of tests in September 2012, taking London above New York in the fast mobile internet stakes.

Three and Vodaphone both saw download speeds double over the period, while customers of EE and Three now have to wait less than a second, on average, for a web page to load.

“While all operators have broadly upped their game in the last eight months, some have achieved less than others, leading to a major reordering of the rankings,” said Bill Moore, RootMetrics CEO.

“Londoners may not think that the service provided by a mobile network can shift so dramatically so quickly.”

Heathrow Immigrant ‘Prison’ to be Biggest in Europe