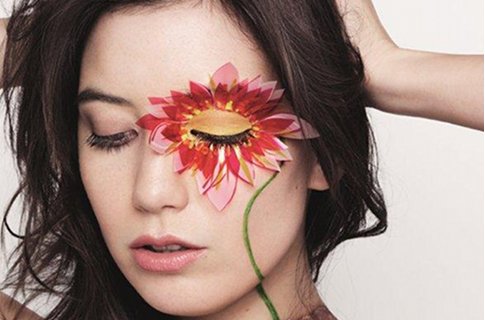 Daisy Lowe has been photographed by Rankin to show her support for Earth Hour, an environmental stunt which takes place from 8.30pm on Saturday, when lights in London and other cities all over the world are to be turned off in support of “the natural world”.

“If we enjoy our planet then I believe we need to take care of it,” said Primrose Hill native Lowe.

“I hope that people across the UK and the world will take a moment this Earth Hour to appreciate both the beauty and the fragility of the natural world that we rely on so much.”

Rankin – who has shot the likes of Kate Moss and Kylie Minogue – has chosen to show the eco-warrior star painted with a flower bursting into life from the cracked earth.

Organised by the World Wildlife Fund, Earth Hour is set to make for spectacular pictures of famous cityscapes as lights are turned off all over the place. Last year, major London attractions such as Big Ben, Buckingham Palace and the London Eye took part.

Hundreds of millions of people in over 7,000 other cities in 152 countries are expected to flick their switches, as well as major landmarks like the Empire State building, the Eiffel Tower and the Great Wall of China.

London Underground ‘Dicing with Death’ over 97% Cut in Safety Checks