MENUMENU
Home London News Congestion Charge to capture hybrids and diesels as Transport for London get... 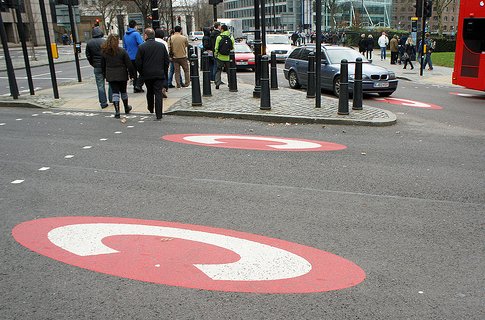 All diesel cars will face the Congestion Charge from July, Transport for London has confirmed today, in a change from current policy which exempts low-emission models such as the VW Polo 1.2TDI.

TfL signalled its intention to make the change earlier this year and, following a consultation, has stuck to its guns. New rules to be brought in on 1 July will also leave petrol-electric hybrids like the Toyota Prius liable for the full £10 Congestion Charge.

“These changes are in line with the Mayor’s aim to improve air quality in London by reducing emissions from private vehicles and promoting the further development of low emission vehicles,” said Matthew Pencharz, London Mayor Boris Johnson’s environment official.

“We want to encourage the continued development of these technologies, while also protecting the benefits to traffic flow in the centre of London that the charge provides.”

When the new emissions limits – 75g or less of CO2 belched out per kilometre – come in, it is thought only out-and-out electric cars will stay CC free.

Although diesel engines emit less CO2 than their petrol equivalents, they emit 22 times as much particulate matter – chemicals which can cause lung diseases including cancer – and contribute to London’s illegal levels of air pollution.

Sales of diesel cars have rocketed in recent years as drivers took advantage of the CC freebie and lower running costs; diesels now represent half the new car market.

Kew Gardens Opens Up to the Thames