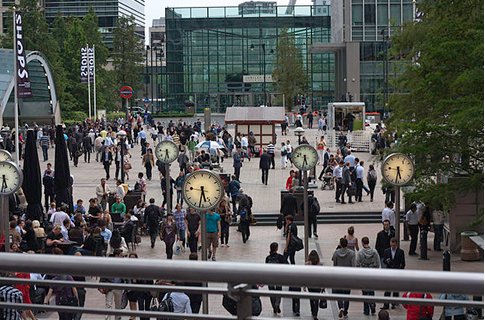 Free wi-fi is on its way to Canary Wharf this summer, the latest area to get the service following in the footsteps of The City and the West End.

“This ground-breaking deal builds on the successful deployment of wi-fi across central London and will see us deliver high-quality, free connectivity to the UK’s busiest business district,” said Gavin Franks, Managing Director for O2 wi-fi, the company behind today’s wi-fi announcement.

Last summer, parts of central London such as Leicester Square, Piccadilly Circus and Exhibition Road were handed free wi-fi, followed by Kensington and Chelsea, and it looks like the Canary Wharf move could be the next step towards free connections city-wide.

“We understand that access to free public wi-fi is becoming a right rather than a privilege,” added Franks.

The deal announced today between O2 and the Canary Wharf Group sees free wi-fi in public areas of the Docklands office complex and will be available to all internet users, not just those on the O2 network.

There is also a free wi-fi service via The Cloud across The City of London and the major phone companies provide free wi-fi in 120 Tube stations.