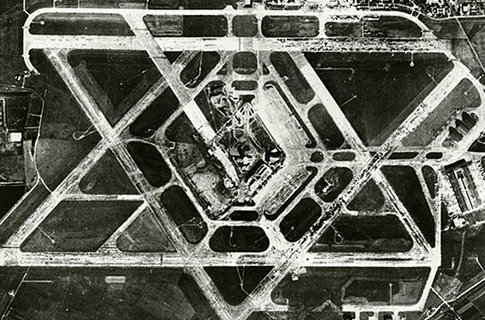 Boris Johnson has called for the government to close Heathrow and build a new town on the airport’s ruins and says that anyone who doesn’t share his vision is “crackers”.

In a speech today, the London Mayor outlined his latest scheme for London’s future air traffic capacity, which involves the government buying Heathrow for £15 million by compulsory purchase and then selling the land to developers to build 100,000 new houses on the site.

“It seems extraordinary that any Mayor of London would propose forcibly buying and then closing Heathrow,” said a spokesperson for Heathrow.

“The Mayor’s proposals would leave 114,000 people facing redundancy, cost taxpayers more and take longer to deliver than building on the strength we already have at Heathrow.”

Under the Johnson plan, a new London hub called Margaret Thatcher Airport would be built on the Isle of Grain in Kent, opposite Southend. Second best for Johnson would be the ‘Boris Island’ scheme he had favoured until now and third on his list is a hugely expanded Stansted.

“Cities all over the world are already stealing a march on us and putting themselves in a position to eat London’s breakfast, lunch and dinner by constructing mega airports,” said Johnson.

“For London and the wider UK to remain competitive we have to build an airport capable of emulating that scale of growth. Anyone who believes there would be the space to do that at Heathrow is quite simply crackers.”

Johnson’s intervention comes in the week Heathrow makes its case for expansion via a third runway to the Davies Commission, the government group looking at London’s airport future.