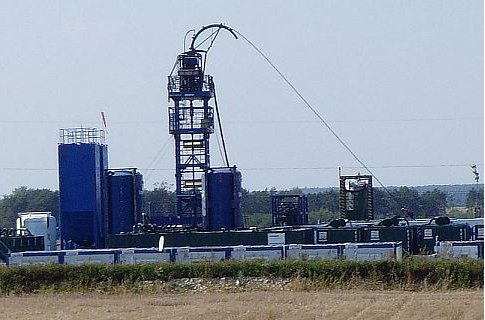 Boris Johnson wants to stay on as mayor, because he has “so many things to do”, including opening oil and gas fracking rigs all over London.

Previously, Johnson has said he would not seek re-election in 2016 for a third term as London Mayor, but now appears to be having second thoughts.

“The truth is that there are so many things we are trying to do at the moment that I know I am not going to be able to get in, in time for 2016, that [going for re-election] is something I think about and something that I’ve even talked to friends about,” Johnson told LBC radio this morning.

Among the “things” at the top of Johnson’s to-do list appears to be fracking for oil and gas. Fracking is a relatively new method for extracting carbon energy from shale reserves, which involves a liquid mixture sent at high-pressure underground, forcing oil and gas to the surface through fissures and pipes.

“If reserves of shale can be exploited in London we should leave no stone unturned, or unfracked, in the cause of keeping the lights on,” wrote Johnson in a letter published in today’s Times.

On LBC, the mayor reiterated his fracking-for-London position, saying people should be “grown-up” about the environmental impact.

Johnson also revealed that he will “never again” buy Underground trains that require drivers. He said he had ordered new driverless trains for the Piccadilly line and that by the 2020s all Tube trains will be driverless.