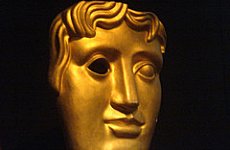 Two of those of those were for the event’s most prestigious gongs – Best Film and Best Director, for Danny Boyle.

Also following up success at previous awards events were Kate Winslet, who was handed the Best Actress prize for her performance in The Reader and Heath Ledger, who took another posthumous award for his role as The Joker in Dark Knight.

Despite her run of victories, Winslet refused to talk up her chances at the Oscras.

Like a football manager taking “one game at a time”, Winslet said: “I think it would be wrong to hope for anything beyond this point,” an attitude mirrored by Boyle, who said only that he was “very privileged to have got that recognition” from the American academy.

Other winners included Mickey Rourke – Best Actor for his role in The Wrestler, Wall-E for Best Animated Film and Steve McQueen, who took the Carl Foreman Award, the prize set aside for newcomers, for his film The Hunger, about IRA prisoners.

The big flop of the Baftas was The Curious Case of Benjamin Button. Nominated for 11 baubles, the age-reversing drama could only manage three awards, all in the less glamourous technical categories.

Met Boy Racers Given a ‘Speaking To’