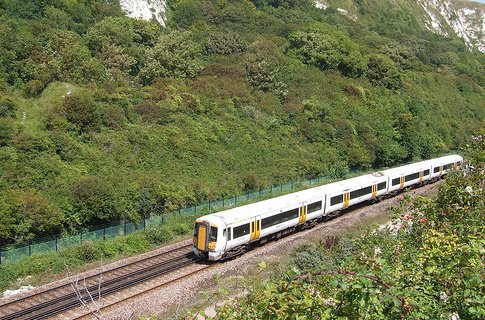 The baby girl born on a London commuter train last night is, like her mum, “doing well”, says her grandmother.

Little Phoebe was born a week early at West Malling station on the 18:18 train from Victoria to Maidstone East yesterday and is now said to be healthy enough to go home from hospital today with her mum.

“Mum and child are doing very well,” said Mari-anne Stanley, Phoebe’s grandmother, who was at the scene of the birth.

“We’d like to apologise to all the passengers who were delayed, but the circumstances were such that we simply could not go any further.”

The train was delayed for 45 minutes.

“We would like to thank everybody involved yesterday. The train was stopped at West Malling to let passengers off and I ran off to the driver telling him we needed to not go any further and call an ambulance because she was giving birth,” said Stanley.

After the driver put out a call for help, off-duty medical staff, including a midwife, volunteered their services and helped deliver the healthy 6lb 13oz baby.

“When we were taken off to go to the ambulance there were people on the platform who gave us a rapturous round of applause and cheered,” Stanley added.

“Passengers were lining the platform. It was a fantastic reception.”

Get Your Hands Dirty at Open Farm Sunday