Film Review of the Week 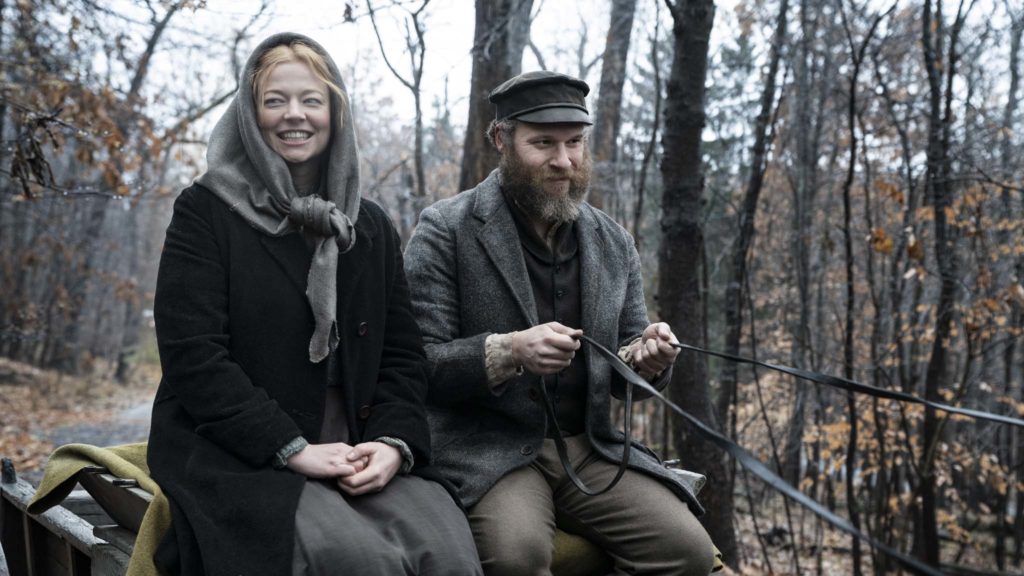 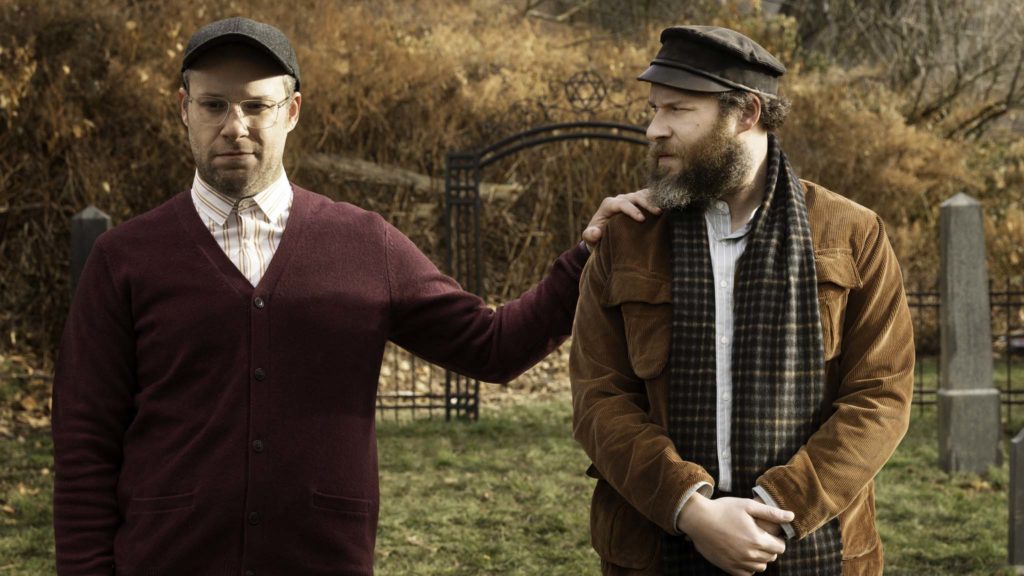 Review:
Time doesn’t heal wounds in director Brandon Trost’s fish out of water comedy, which hopes to woo audiences back into cinemas with the promise of two Seth Rogens for the price of one. That sounds like a good deal if you’re already a fan of the hirsute Canadian star and co-writer of Superbad, Pineapple Express and This Is The End, who has carved out a niche playing slackers and stoners. In An American Pickle, Rogen plays two generations of the same Jewish bloodline, who are miraculously brought together in present-day Brooklyn thanks to a ludicrous plot device that evokes memories of the 1992 comedy Encino Man, which thawed out a Stone Age caveman in the urban jungle of Los Angeles.

Screenwriter Simon Rich encourages us to ignore the plausibility of his dramatic set-up by introducing the time-frozen protagonist at a press conference where a sceptical media horde blindly accepts the explanation of a scientific expert: “Makes sense”, “Absolutely”, “Very clear…” These opening scenes pack the highest concentration of salty-mouthed gags and relish taking potshots at obvious targets (Donald Trump, social media giants, fake news) as the characters navigate clashing cultures. Unlike the titular kosher treat, Trost’s picture becomes less flavourful and enjoyable over time, hurriedly adding spoonfuls of syrupy sentiment to contrive peace and understanding in the aftermath of conflict.

In 1919, accident-prone Jewish ditch digger Herschel Greenbaum (Rogen) falls deliriously in love with Sarah (Sarah Snook) in his eastern European homeland of Schlupsk. “She is strong and she has all her teeth – top and bottom,” he coos in voiceover. The couple marries and Herschel finds work killing rats on the factory floor of the Capital Pickle Co. A freak industrial accident sends Herschel tumbling into a large vat of brined cucumbers on the same day the premises are condemned. One hundred years later, Herschel reawakens in saltwater stasis, perfectly preserved without ageing a day.

He meets his great grandson, freelance mobile app developer Ben (Rogen again), who introduces Herschel to metrosexual 21st-century New York: “Interracial couples, totally cool now… in parts of the country.” The two men eventually come to blows over their heritage and religion. “It’s a good thing Sarah’s not around any more. If she was, she’d be ashamed of you,” growls Ben, sowing the seeds of a bitter rivalry that makes news headlines around the globe.

An American Pickle runs out of sharpened comedic intent but Simon Rich’s script packs a decent amount of giggles into 90 minutes. Rogen activates performance autopilot playing Ben but clearly savours every heavily accented moment as a politically incorrect time traveller, who is 100 years out of touch with gender equality and civil rights. Trost’s film argues that Herschel is not alone.

Find An American Pickle in the cinemas

The Snow Queen: MirrorLands (U) 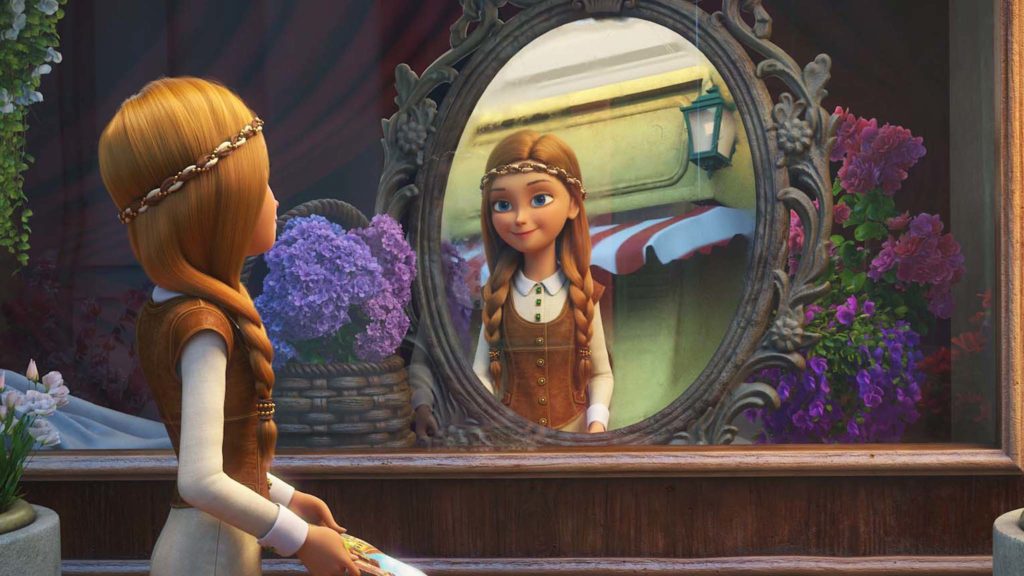 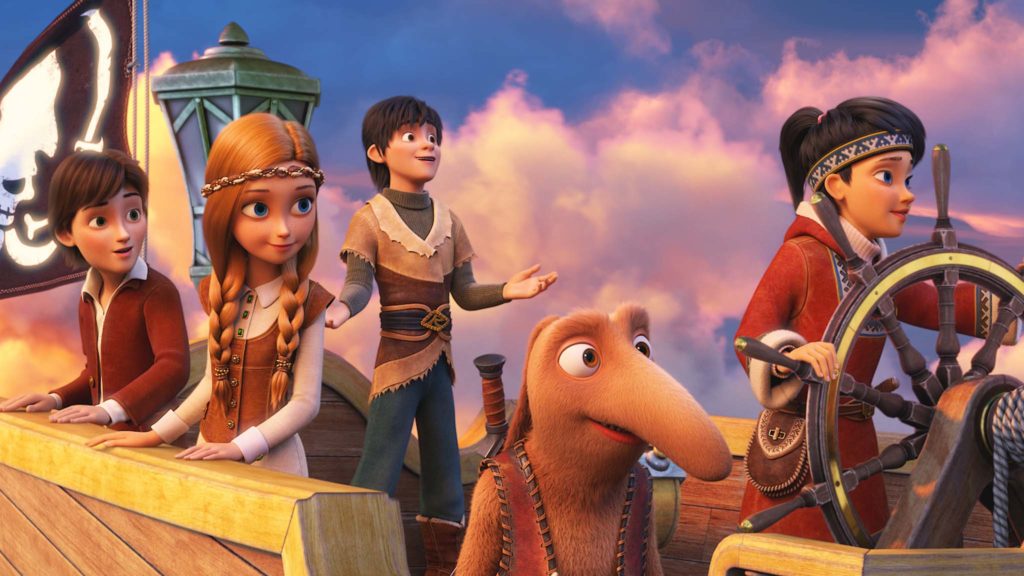 Review: Forgiveness and friendship are stronger than intolerance and fear in the third computer-animated sequel to the award-winning 2012 Russian film The Snow Queen, based on the wintry Hans Christian Andersen fairy tale. The latest instalment in the franchise, which arrives four years after The Snow Queen 3: Fire And Ice, makes few concessions to audiences unfamiliar with narrative arcs and dangling plot threads from earlier chapters. The return of one supporting character, presumed dead in a lava-filled cavern, necessitates some clunky expository dialogue to summarise their betrayal of the series’ plucky heroine and lay the uneven foundations of their redemption.

Plotting is linear and obligatory life lessons are distilled as greetings card epithets – “One who cannot forgive has no friends” – in between competently executed action set pieces including an airborne pursuit and a bruising final battle engineered with similar moving parts to Transformers. The quality of the animation matches the sophistication of the storytelling. There is a discernible lack of detail in lighting and shadows accompanied by cutesy character design that negates the need for strands of hair and fur to move independently in a passing breeze. Compared to Frozen II, director Aleksey Tsitsilin’s film is left out in the cold.

Following the banishment of the Snow Queen (voiced by Samia Mounts) to the MirrorLands, King Harald (Marc Thompson) colludes with his Admiral (Jason Griffith) to outlaw sorcery and witchcraft. A diabolical plan is hatched: to woo magical citizens to the castle with the promise of gold and trick them into passing through a one-way portal to the frozen wilderness, which imprisons the exiled Snow Queen. Store owner Vegard (Tom Wayland), his wife Una (Vanessa Gardner) and their son Kai (Griffith) fall for the duplicity, leaving behind non-magical daughter Gerda (Laurie Hymes).

“I have nothing, no talents at all!” laments the girl, unaware that she holds the key to rescuing her family and healing the kingdom’s deep divisions. Meanwhile in the MirrorLands, a Shaman (Thompson again) performs an incantation to temporarily separate the Snow Queen’s spirit from her body as a spectral companion for young Gerda. “Sometimes trusting your former enemy is your only way to salvation,” the Snow Queen counsels the girl as they embark on an epic quest in the company of airship pilot Alfida (Devin Bailey Griffin), troll king Arrog (Scottie Ray) and his emissary Orm (Billy Bob Thompson).

The Snow Queen: MirrorLands should deep-freeze the attention of very young audiences for the majority of the 84 undemanding minutes. Composer Fabrizio Mancinelli’s score twinkles gently in the background and the film’s only feel-good pop song, an ear worm that proclaims “Life is the best adventure you’ll experience/Uncover the precious treasures that are hidden in your heart”, is thankfully reserved for the coda and end credits.

Find The Snow Queen: MirrorLands in the cinemas