MENUMENU
Home Blog Sponsored Post: ENO’s production The Marriage of Figaro is back 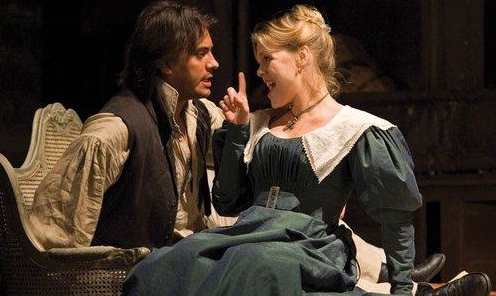 IF YOU ARE TO SEE just one opera this autumn I’d heartily recommend the English National Opera’s production of The Marriage of Figaro.

I was lucky enough to see it when it was last on in London at the Coliseum in 2011. We had a pair of cheap seats up in the gods but that was somehow appropriate for such a commanding performance.

Continuing on from the plot of The Barber of Seville a few years earlier, this storyline stars servants Figaro and Susanne, played here by David Stout and Mary Bevan alongside Benedict Nelson as Count Almaviva and Sarah-Jane Brandon as the Countess.

Composed in 1786 by Wolfgang Amadeus Mozart (1756 to 1791), the opera was based upon a stage comedy by Pierre Beaumarchais. A tale of intrigue and dark humour, Figaro is a memorable tale.

It’s a relatively short run of just eleven performances this time around running from 16 October to 23 November 2014. So if you have yet to see this opera live or have been itching to see its return to London’s Coliseum you best take your chance quickly.

10 Ways to Make the Most of London

It’s Essential to be Special