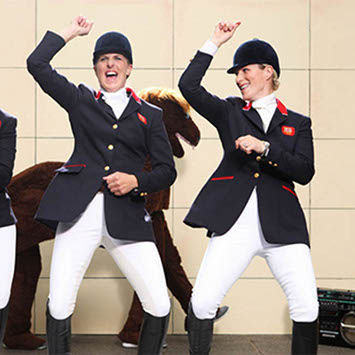 The Queen and Prince Philip are said to be “delighted” with the news.

Nicknamed ‘The Fridge’ for his bulky frame, Tindall warmed up enough yesterday (Monday 20 December) to pop the question to Phillips and the horsey royal didn’t say neigh.

It is not yet known when or where the couple will tie the knot, but it is thought unlikely that Princess Anne’s daughter Zara will team up with her younger cousin Prince William for a double-wedding.

Instead, the Phillips/Tindall ceremony could become a who’s who of British sporting ‘royalty’ as both have plenty of pals in the athletic world.

Tindall, 32, was known as the ’heartbeat’ of England’s 2003 World Cup winning side and Phillips, 29, grabbed glory as a gold medal winner at the World Equestrian Games in 2006.

London Petrol Supplies Under Threat after Refinery Shuts Up Shop