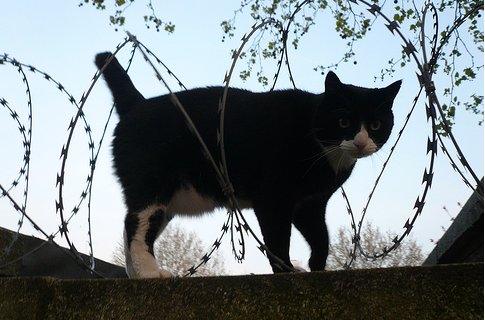 London is to get a ‘Cat Map’ census of its cats in an initiative launched today by London Zoo, which is using the exercise to draw attention to its new Tiger Territory attraction.

The zoo’s £3.6 million Tiger Territory launches in three weeks time with new arrivals Jae jae and Melati the stars of the show and the zoo is keen to draw out the links between big cats and small in the build-up to the grand opening.

“Tigers are the world’s favourite animal, and an iconic species in every culture. We want to see just how important their smaller counterparts are to London’s residents.

“Cat Map is the one stop shop to find out how just how cat-mad Londoners are.”
There are thought to be nearly nine million cats in Britain in Britain.

Assuming London has an average share, that works out at a London cat population of at least one million, which makes us pretty cat-mad.

Cat Map works by getting cat owners and cat spotters to upload photos and details of their moggies onto a specially created interactive site, which will build up over time to give a more accurate picture of London’s cat population, mimicking techniques used to catalogue animal life in the wild.