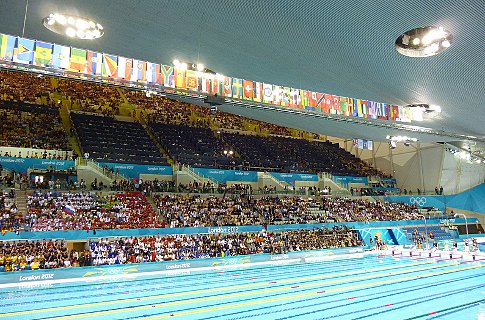 THE LONDON OLYMPICS used up 28% less energy than predicted, according to a report from LOCOG, the 2012 Games organisers.

Before the Olympics, LOCOG estimated that main activities for the venues, and transport to them, would pump out 434,000 tonnes of what environmental experts call carbon dioxide equivalent (CO2e), but the actual figure turned out to be 311,000 tonnes.

On a wider measure covering construction projects for the Olympics, London 2012’s carbon-bill came in at 3.3 million tonnes of CO2e compared to pre-event predictions of 3.4 million.

LOCOG says that the better-than-expected figures came despite more spectators showing up at the Olympics than had been envisaged.

“There is little that London 2012 could have done to impact directly on the majority of the spectator travel footprint as it was largely made up of air travel by overseas visitors,” said a LOCOG spokesperson.