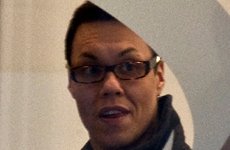 BARCLAYS and royal bankers Coutts have come out against a prestigious gay rights event, because it has a Bigot of the Year award.

Leading gay rights charity Stonewall holds its annual awards bash at the Victoria & Albert museum tomorrow night, hosted by Gok Wan, and among the gongs up for grabs is the booby prize known as Bigot of the Year.

This time around, among the Bigot nominees is head of the Catholic church in Scotland, Cardinal Keith O’Brien, and it is the controversial clergyman’s inclusion that appears to have set off alarm bells at the two banks.

Previously, both Barclays and Coutts were major sponsors of the annual dinner, but now say they will pull out if Bigot of the Year stays, despite the Cardinal’s view that gay marriage is to be compared with slavery and paedophilia because it is a “grotesque subversion of a universally accepted human right”.

“We have informed Stonewall that should they decide to continue with this category we will not support this event,” said Mark McLane, Head of Global Diversity and Inclusion at Barclays.

A Coutts spokesperson used the same currency:
“We have advised Stonewall that we will be withdrawing our support of the awards unless they remove this category,” read a statement.

Heathrow air fares set to rise to fund new round of...